The new way to practice languages

Let's blabla is an app to practice languages with people who share your interests anywhere, anytime, in the way yoou prefer.

We are in test phase, join the lets's blabla beta testing community at letsblabla.com.

A tool for planning and organising weekly meals

Heallthy eating in family is an educational project led by the Fundació Ametller, which promotes healthy eating habits. It also educates children and young people regarding responsible consuming and promotes physical activity.

The main goal of the project, which is made up of a series of resources (app, web) aimed at primary school teachers and families with children between age 6 and 12, is to provide general information and advice on healthy eating, and make available to everyone a tool for planning and organising weekly meals. 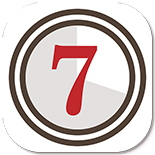 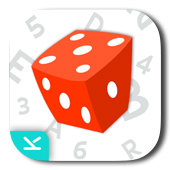 Educational game aimed to help children learn the names of letters, numbers and colours in 4 languages

MATCHING! My First Brain Training is an educational game to help children aged 2-6 years old learn the names of letters, numbers and colours in different languages. It is a fun way for them to develop different abilities and skills.

The application provides access that is interactive, free and structured at the same time, to the names of letters, numbers and colours in different foreign languages. Users listen to how the letters and words are pronounced by native speakers in each language.

The complementary game is a fun way to consolidate the learning of basic vocabulary. It supplements vocabulary and requires use of the skills of observation, abstraction and association.

The application is 100% safe, without advertising or integrated sales. It is simple to use and intuitive. Children can play safely and be fully autonomous. 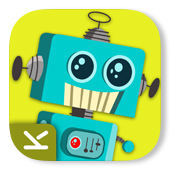 DIC-DIC is the perfect educational game to learn to spell commonly-used words in several languages. The audiovisual dictation at 3 levels of difficulty lets boys and girls from 3 to 12 years of age learn spelling and vocabulary in a fun way.

The game is designed both for practising the first language and to acquire vocabulary and spelling knowledge in a foreign language.

This is a 100% safe application, with no advertising or in-app selling, simple and intuitive to use, so that your children can play completely independently and safely.

The game lets the user choose the level of difficulty they want at any time, what language they want to practise and whether or not have clues. The clues allow the youngest children to reinforce their learning of letters in association with their sound.

One of the special features of this application is the use of the keyboard to enter the letters, an option which is not common in applications of this kind and which enables users to become familiar with this tool.

The application includes an extra game to reward good players. This comes up when they achieve a certain number of right answers.

The application also features albums of scores, making it possible to monitor success achieved at each level in each language. 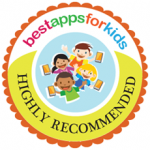 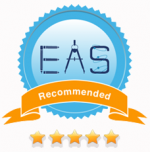 TRACING · Where is Big Ears?

Where's Big Ears? is an interactive tale for iPad which encourages beginner readers to read independently and proposes tracing exercises. Like all apps by Kalimba, it's 100% safe and easy for child to use. Children can play completely independently and safely.

While following the adventures of the protagonist in search of his beloved Big Ears, users actively discover the hidden surprises, interactive elements on each page.

Sequential reading of the tale provides access to the orderly exercise sheets, each one based on the practice of a particular trace. Difficulty progresses as you progress the story.

Users can choose to just go to the story (which can be read, heard or read and heard) or directly to the pages of tracing exercises.

Aimed at children aged 2 to 5 years, is available in Catalan, Spanish, English and French.